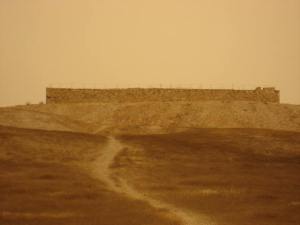 “Up until now” is a great declaration of an end of what came before now.

Now life for me is the coomunication of our true reality to one another. This poem/declaration is about realizations and a determination to maintain a new perspective;  purpusing to leaving behind common ways many have experienced others… “up until now”!

Up until now I allowed a disconnect between my heart and my head.  Up until now I could feel the big ball of emotions; my reactions to others pulsating just outside of my gut.  Some feelings I could discern, others would flood me there were many and so strong; I could not differentiate them.

Up until now I would hide from them in the strong tower of my understanding of the love of God.  I could run into my emotional love for others and not have to feel their suffering because it would overwhelm me. I could avoid the fact that I had contributed to their suffering by feeling loving, but not always acting in loving way’s.

Up until now when I was at rest, calm or safe I could feel others pain, suffering and struggles. Sometimes it would scare me. Sometimes I tried to fix them because I thought I was god and thought I could, or I was arrogant enough to believe I actually understood.

Up until now I sometimes hid from the reality of the struggles and pain that is this life. Up until now I thought I could hide, but then I realized this is life, and it is now or it is not at all.

Now life to me is in the communication of the reality of our true existence to one another and God is at the very heart of it. Up until now I stood sometimes on the outside of real life or I would skate on the surface of it, thinking  I understood,

William "Mark" Parry is an Artisan Architect, Poet and Educator, living in Northern California's abundant beauty and strange contradictions. IdeaStudios.com is an architectural practice founded in 1988-in the heart of Sonoma County. ArtisanArchitecture.com is a brand advanceing his interests in Artisan Architecture, historic and architectural education and preservation since 2012. On worksofwords.live he has shared his poems, musing's, inspired thoughts photography and personal reflections on life, truth and reality since 2015. All operate under the umbrella of William Mark Parry Architect P.C. A Professional Corporation registered in California in 2002. May you be blessed along your way; finding abundant life and learn to walk in the realms of wonder.