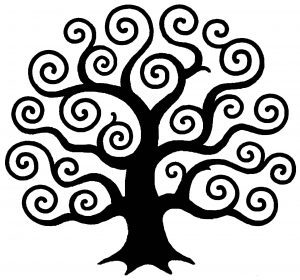 Notes to a disciple:

“He seems like a genuine human being trying to help others and also discover the truth, what exactly is the controversy as you see it? Is it just that he’s a radical truth seeker and speaker, and that is polarizing”?

Howard, your closer to the kingdom of God than you are to the kingdom of this present world system.  God’s is a truth based reality. The alternatives are the kingdoms of this world. They are generally run by the “Prince of the Power of the air“. “The father of lies“.

People who believe the lies do not believe they are lies. To admit they have believed a lie diminishes themselves in their own eye’s.  Their pride gets in-between the truth and the lie.  Humility is a foreign concept to the power of pride. It is pride that holds us from deeper faith.

Those who cannot accept in themselves or others the human failings, weakness, or evil have a propensity to believe what pleases them. Or they support a false self image rather than what is true about themselves or other humans. We are weak, broken or dis-functional beings as well as being marvelously made, “a little less than the angels”.

“The heart is deceitful above all things, and desperately sick; who can understand it?.”

Jordan Peterson is a truth speaker confronting lies. It is not easy. Truth is confrontational to a false or lie based reality. To acknowledge the lies undermines the power of “The father of lies”.  He is a very real entity that works by others agreements with his lies.  These give him authority or power in  the hearts and minds of those who allied themselves with him. He rules their emotions through fear, blame, shame or guilt. Understand?

Your in the midst of a war between kingdoms in conflict. The kingdom of truth and the kingdom of lies.  Their is no middle ground.

The Kingdom of God, and the kingdom of this present world system are simultaneously coexisting but mutually exclusive.

You have already taken sides without fully recognizing the nature of the war you are in.

Consider; if evil is a personality with power like God, would not that power want you to be ignorant of it or God? In that case you would be blindly at it’s mercy.

If reason- independent human reason- was the fruit of the forbidden tree would not your own independent reason be your greatest risk and evil’s greatest and most protected ally?

Reason is not bad in itself, it is simply vulnerable to deception and corruption.  It needs the balance and purifying effect of absolute, uncompromising truth.  God is truth, God is love. The truth of God purifies our thoughts.

As one of my teachers Art Katz would say “God does not want you to do away with your reason, simply to sweep it off your altars and use it in his service”.

Your enemy uses your reason to sweep God off the throne so he can rule in the affairs of mankind. Repentance as an act is simply to change your mind.

Repent and believe the truth, that is my suggestion.

William "Mark" Parry is an Artisan Architect, Poet and Educator, living in Northern California's abundant beauty and strange contradictions. IdeaStudios.com is an architectural practice founded in 1988-in the heart of Sonoma County. ArtisanArchitecture.com is a brand advanceing his interests in Artisan Architecture, historic and architectural education and preservation since 2012. On worksofwords.live he has shared his poems, musing's, inspired thoughts photography and personal reflections on life, truth and reality since 2015. All operate under the umbrella of William Mark Parry Architect P.C. A Professional Corporation registered in California in 2002. May you be blessed along your way; finding abundant life and learn to walk in the realms of wonder.